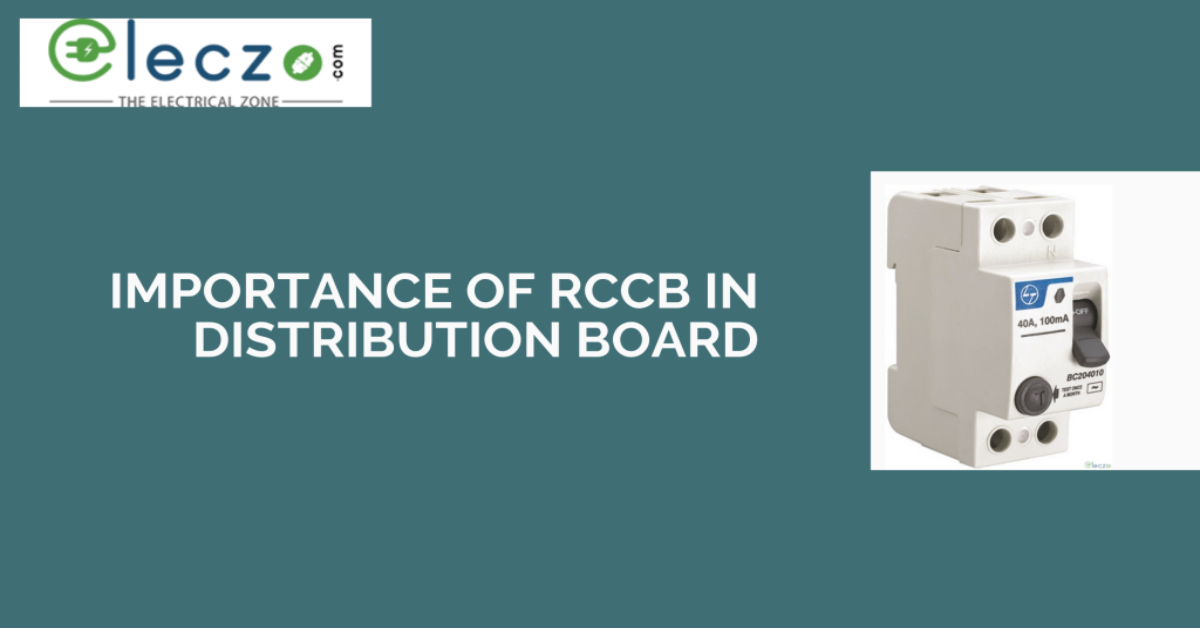 Reason for importance of RCCB in Distribution board

Today, electricity has become an absolute necessity in our life. But things were not as smooth as they are in present days. There was a time when electricity was used despite serious limitations. Frequent deaths due to electrocution especially in monsoons or in the bathroom due to faulty wiring or overflowing of electric current was very common in the past. And so was the outbreak of fire due to short-circuits and faulty current conditions. Let us know the importance of Rccb in distribution board, below in the articles.

With the passage of time, we have been successful in creating equipment & devices that not only detect faults and leakages in the electric current but has the ability to shut down the entire power supply.
Earth Leakage & Electric Shock:

Different kinds of faults exist in our electrical system, earth leakage is one of those faults. Whenever the current starts getting leaked from the conductor the situation is known as earth leakage/current leakage. We use multiple electronic appliances or equipment at our homes and offices such as PC, Laptop, Printers, and Machines that cause harmonic distortion to the current they consume.

Also due to various other reasons such as insulation rupturing, weak insulation etc. The current leakage can be there. Due to the rupturing or weakening of insulation of the conductor, the current starts leaking and finds its way towards the ground since earth is at zero potential. This is where the importance of rccb in distribution board is seen.

Now, to travel to ground the current needs a conductor or we can say a travel medium is required. Generally the ‘earth wire’ or the ‘Earth Conductor’ helps the current to travel to the ground but in case of current leakage if a human body comes in contact with the leakage current, it treats the human body as the conductor and through it, makes the way towards the ground. Due to this, the human body experiences a strong vibration known as ‘electric shock’.

As per the above chart, it is clear that we need to be very much cautious from the leakage current as it may prove lethal to us.
Protection from Earth Leakage:

In order to achieve protection from earth leakage, 2 kinds of protection devices are used, based on 2 different concepts:

Disadvantages of an ELCB:

What is an RCCB? ‘Residual Current Circuit Breaker’ or ‘RCCB’ is a current sensing based protection device which offers protection against earth leakage. RCCB works on ‘Kirchhoff’s Current Law’ which states that ‘The amount of current entering the circuit must be equal to the amount of current leaving the circuit’ i.e. the sum of the total (incoming + outgoing) current should be 0.

To ensure this, inside RCCB there is a CBCT (Core Balance Current Transformer) which senses the magnitude of current entering the circuit & leaving the circuit. Whenever a current leakage is sensed, the relay associated with CBCT gets energized and trips the RCCB.

RCCB inside Distribution Board:

RCCBs are connected parallel to the MCBs inside distribution boards. The neutral connection is done to the neutral links & phase is connected in parallel with MCB as the MCB offers protection against overload and short circuit, and one of the reason why rccb in ditribution board is importance is, it offers the protection against earth leakage. The neutral is required for the RCCB in order to sense the incoming and outgoing current.

A special kind of distribution board called PPI ‘Per Phase Isolation’ Distribution Board is there in which there is a provision to install RCCB in each phase with separate neutral links provided for each phase such that, the phase which is experiencing a current leakage only that RCCB should trip and other phases can continue to work without any disturbance.

Source of this blog : Why it is Important to have an RCCB in a Distribution Board 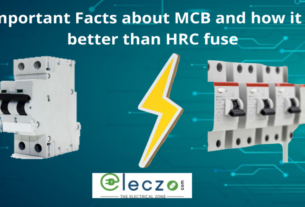 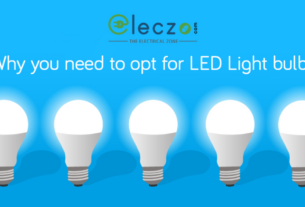 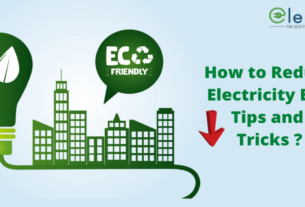 How to Reduce Electricity Bill Tips and Tricks in 2022